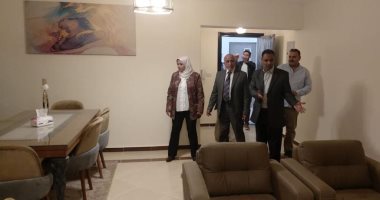 The engineer received Ammar Mandour, President Badr City Development AuthorityA delegation of officials from the unified government complaints system in the Council of Ministers, in order to coordinate between the city’s apparatus and the system, to follow up complaints within the city’s scope, examine them and respond to them.

The engineer, Ammar Mandour, indicated that the delegation officials made field trips to inspect themHousing projects And the various facilities in the city, where 9,024 housing units (376 buildings) were passed through in the workers housing project in the New Administrative Capital, with an investment value of LE 3.6 billion.

The head of the agency indicated that the visit comes within the framework of continuous follow-up by officials of the Urban Communities Authority and the unified government complaints system in the Council of Ministers, and coordination between them regarding responding to citizens’ complaints and inquiries.

20 roles of the gas market regulator.. Get to know them تعرف