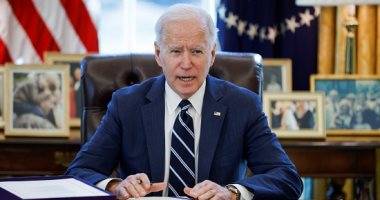 A coalition of US states and Republican prosecutors filed a lawsuit against President Joe Biden over his decision to revoke a key permit for the Keystone XL oil pipeline, and a lawsuit filed by 21 states led by Texas and Montana, which deemed the cancellation of the cross-border permit a “regulation of interstate commerce and international trade.” Therefore, it should be left to Congress, and Biden’s aforementioned decision was a transgression, noting that “this decision could deprive the states and local governments of millions of dollars in revenue.”

Republican prosecutors also asserted that Biden’s decision was arbitrary, and Montana’s attorney general, Austin Knudsen, said, “The authority to regulate foreign and interstate trade rests with Congress, not the president … This is another example of Joe Biden transcending his constitutional role at the expense of Montana residents.” “.

In his executive order to revoke the permit, Biden said the pipeline was “detrimental” to the national interest of the United States, and that “leaving the Keystone XL pipeline permit in place” would not be consistent with my administration’s economic and climate imperatives, “and that the proposed pipeline was supposed to move along 1,200 miles, oil from Canada to the United States, and opponents of this pipeline argue that the country should not import oil produced from carbon-dense tar sands, but supporters say the project would have brought many jobs and revenues to the states.

After leaving Ataq .. Revealing the reason for the Prime Minister’s visit to Shabwa and his first activity there